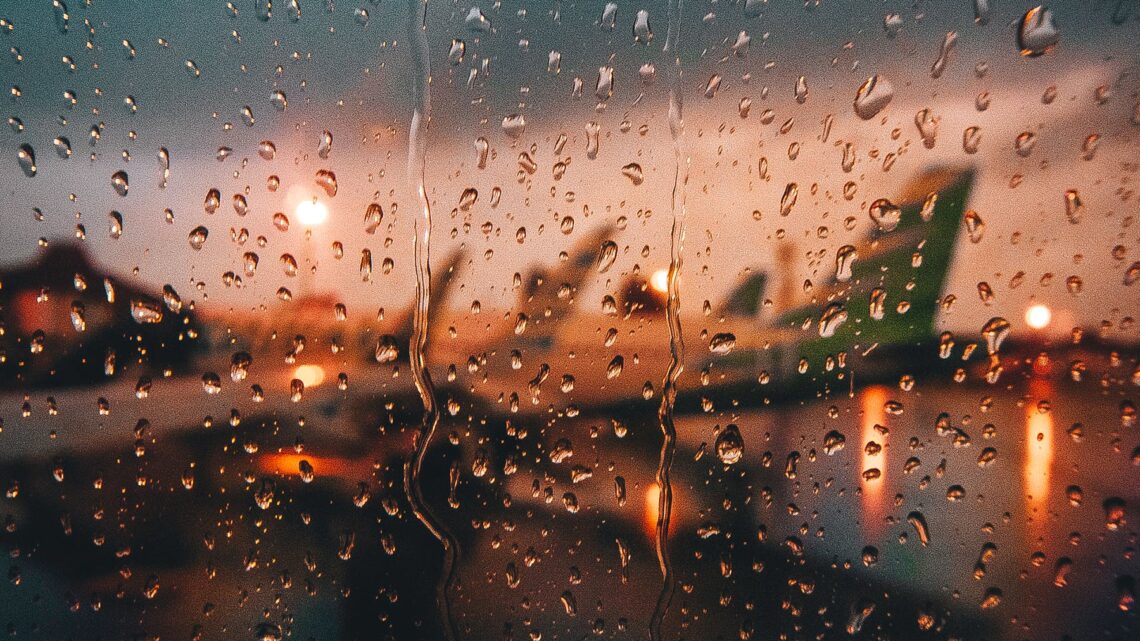 What are the thoughts of the industry?

ICAO’s assessment of the global impact of COVID‐19 on aviation, tourism, trade and economy in 2020:

IATA believes that its members have lost a combined $118.5 billion in 2020 and the forecast for 2021 is that revenues will return to around 50% of levels expected before the pandemic.

In 2021, the industry is projected to lose $38.7 billion, $23 billion more than the association forecast just five months ago. The loss predicted for 2021 is more than that after the Sept. 11, 2001, terrorist attacks and after the global financial crisis in 2008-09, making the current downturn the worst since World War II

IATA’s forecast for 2021 is that revenues will return to around 50% of levels expected before the pandemic. That assumes a broad rollout of vaccines during the year as well as testing schemes that will allow a rebound before vaccines become widely available. IATA continues to project a return of traffic measured in revenue passenger kilometers (RPK) to 2019 levels by 2024; passenger numbers will reach previous volumes a year earlier.

The airline industry is entering 2021 in an unimaginable bad financial condition, with IATA warning that many airlines will run out of cash by the end of the first quarter if they cannot raise additional funds in the financial markets or through a further round of government aid. The industry has been kept alive by around $173 billion in government support since March 2020. IATA warns that the industry is going to burn through another $80 billion in cash before it turns cash-positive at some point, possibly in the fourth quarter of 2021.

Airlines still believe that leisure and short-haul travel will return faster than business travel and long-haul trips, based on patterns already visible. However, airlines have to assume that the absence of a large volume of business travel will lead to much lower yields. Yields are expected to be down 8% in 2020, while the average load factor is projected to be 65% compared to 82.5% in 2019.

The expected recovery trends will likely intensify shift within the industry toward low-cost carriers, which are generally better able to respond to changing demand patterns. With long-haul traffic likely remaining suppressed, larger legacy airlines will find the climb-out harder to achieve. To enter the winter of 2021-22 in relatively stable financial condition, the industry cannot afford to write off another summer season as it did in 2020. The survival chances of many airlines therefore hinge on vaccine producers sticking to their promised timetables and organizing the logistics required to perform vaccinations on a massive scale.

ACI, the global trade representative of the world’s airport authorities, has warned that it may take until the end of next year before traffic levels reach pre-coronavirus levels.

Referring to Covid-19 as “an existential threat to airport business”, ACI said that the pandemic is predicted to wipe out two-fifths of passenger traffic and almost half of revenues for airports in 2020, equating to a loss of 3.6 billion passengers and $76 billion in revenues.

“A drastic decline of such magnitude for the global airport industry represents an existential threat,” adding that “A swift, effective and equitable economic policy response from governments is needed to protect millions of jobs, protect essential operations, and give the industry the greatest chance to weather the storm and recover quickly”

“The global airport industry has faced multi-billion-dollar losses already in the first quarter of 2020, but it is now predicted that the impact of COVID-19 will extend not only to the second quarter of 2020 but also the second half of the year,” continued Gittens.

According to Gittens most experts in the air transport industry agree that recovery may take a year to 18 months to reach pre-crisis traffic levels and the industry may not record pre-COVID-19 traffic volumes again before the end of 2021.

ACI stated that it was reasonable to foresee faster recovery in domestic passenger traffic, but warned that in the case of international passenger traffic, however, the recovery will take longer, as any international flight implies reciprocal permissions, while various States will emerge from the current crisis at different times with varying pace of relaxation of the recently imposed restrictions.

The Council said that airport were taking “all possible measures to preserve financial stability”, from closing portions of infrastructure, postponing capital expenditure and addressing staffing costs.

EUROCONTROL’s review of the total impact of COVID-19 on aviation of a year like none other include:

In a new set of traffic scenarios for the period up to June 2021, Eurocontrol expects air traffic to be around 64 per cent down in January 2021 compared to January 2019 and says the situation is quickly deteriorating as many countries across Europe are imposing stricter travel controls in response to the latest waves of Covid and risks associated with new variants

Looking forward, Eurocontrol predicts that 2021 traffic will recover to 51% of 2019 volumes, with the recovery gathering pace from the summer onwards as vaccine rollouts take effect. And it concludes that in parallel, 2021 represents a golden opportunity to build back better European aviation by urgently tackling existing problems.

“We’re confident that the recovery will start to firm up in 2021 as the vaccine rolls out across the globe. However, it’s clear that the entire aviation sector will continue to need financial support in the years ahead. And if we are really to ‘build back better’ in 2021, we must start tackling core issues, such as the way the aviation system is financed, regulated and integrated, and how it addresses sustainability”.

According to Eurocontrol, the exceptional decline in 2020 air traffic due to the Covid pandemic travel restrictions led to an overall fall in CO2 emissions from flights across Europe of 56.9 per cent last year compared to 2019. Using the global standard of assigning CO2 emissions to the country of departure, the decline was a similar 54.5 per cent. The data shows a considerable variation between countries in their CO2 reductions, which was driven by differences in the local fleet (lighter or heavier, younger or older aircraft), flight distances (short or long haul), mix of market segments (cargo, scheduled and business aviation) and by the extent of Covid restrictions on flights.

Boeing is cutting its expectations for new commercial aircraft demand over the next decade.

Boeing estimates it will be a years-long slump in travel demand because of the coronavirus pandemic. The aircraft manufacturer forecast that the world’s airlines will need 18,350 planes worth $2.9 trillion over the next 10 years, an 11% drop from its forecast a year ago and a jarring downbeat prediction after years of strong growth in travel around the world. Boeing said demand for new commercial aircraft will be driven in the medium term by carriers replacing older, less fuel-efficient planes rather that purchases aimed at growth.

Airbus latest news is that their production rates will remain lower for longer, that single-aisle rates are gradually increasing and that there is no change to their widebody production.

In a recent article in Flight global it is pointed out that the relatively small number of airline failures so far is not indicative of the health of the sector. Quite the opposite. It reflects that the sheer scale of the crisis means states have been forced to introduce financial measures, either direct or indirect, to help support airlines through the crisis.

To some extent the crisis has put airlines, almost regardless of their pre-pandemic health, into stasis. It will only be when the support measures are taken away and a new normal – whatever that may be – takes hold that the health of airlines will become clear.

In that respect, counter-intuitively it may only be when the outlook gets better for air travel that more airlines begin to fail.

Some airlines will survive some will not

The likely slow pace of recovery means an environment of less passengers to go round. Some airlines may have done enough to see out the crisis in semi-hibernation. Others may even prosper picking off opportunities. But many will not survive without further life support. Governments over the years have shown a reluctance to switch off airline life support. But this is a crisis like no other. In the post-pandemic climate, states may simply not have the resources to fund continued airline bailouts – or may find they have a stark choice as to which of their industries to save. In these cases a profitable track record, or at least a return on investment of some kind, will be a major consideration. Many airline brands, despite their long-standing history, do not have a profits record to match.

Industry partners – notably aircraft lessors and manufacturers – have also played their part in supporting struggling airlines through the crisis. This of course is in their own interest – they do after all need airline customers at the other end of the crisis to fly their assets. But lessors and manufacturers are a business. They too will have to choose which airlines to back when a more normal business environment returns.

The stronger airlines have already been able to tap private capital or financial markets to generate additional liquidity through the crisis. That speaks to the improved balance sheets and investment returns parts of the industry have been able to deliver during the good times. This illustrates some will survive – potentially without the need for significant state support.

Others are likely to benefit too from circumstance; those with access to strong domestic sectors to fall back on or which operate in markets where there is better control of the pandemic or greater state desire to support a recovery of air traffic.

But when the plug on state support is pulled – and panic does set in – things can happen quickly. In Europe, after the financial crisis a decade ago, Malev and Spanair collapsed within a week of each other. The carriers had 90 years of flying between them, albeit with limited profitability.

It is inevitable more established airline brands will be lost as a result of the crisis. How many and how long it takes is another question altogether. Many brands may survive on a smaller scale – or as part of wider groups depending on the appetite or ability of the stronger carriers to become acquirers.

But history suggests it takes a lot for an airline brand to disappear altogether. And as recent interest in a reboot of Flybe shows, or continued efforts to revive Jet Airways, even some lost brands may yet return.