Is there potential for ammonia as a carbon-free fuel for aviation? 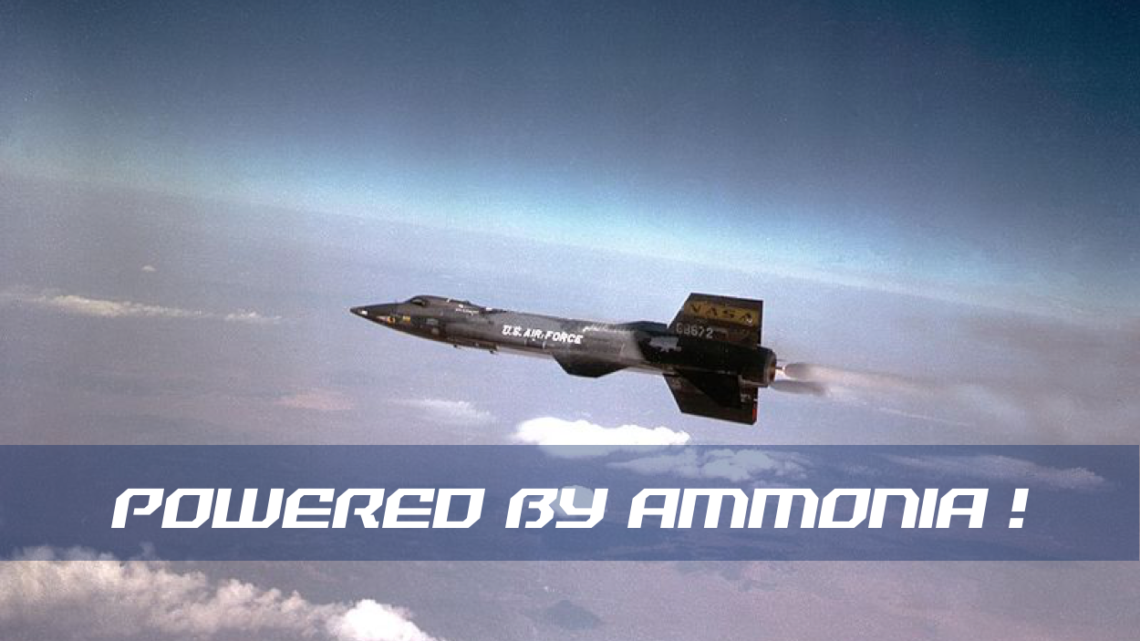 Are we looking in the right direction in the discussion about e-fuels for aviation?

The search for alternative aviation fuels has become quite the challenge. One substitute fuel that could help reduce the aviation’s dependence on fossil kerosene is ammonia. Ammonia fuel is a variation of hydrogen fuel. It is a molecule composed of one atom of nitrogen and three atoms of hydrogen. Ammonia may not seem like an ideal fuel: The chemical, used in household cleaners and used by farmers as fertilizer, smells foul and is toxic. But its energy density by volume is nearly double that of liquid hydrogen and it is easier to ship and distribute.

It has similar physical characteristics to propane; it is a gas at normal temperatures and atmospheric pressure but becomes liquid at higher pressure. Liquefaction is achieved already at a pressure of 10.3 bar. The ability to become a liquid at moderate pressure allows ammonia to store more hydrogen per unit volume than compressed hydrogen or even cryogenic liquid hydrogen. In addition to providing a practical means to store and transport hydrogen, ammonia can be burned directly in internal combustion engines and direct-ammonia fuel cells.

Major disadvantages of ammonia as a fuel are its low energy density, which, even in the liquid state, reaches only one-third of regular kerosene, its corrosive chemical nature, which requires new materials for storage tanks and fuel lines, and its toxicity.

And there are Safety and inhalation hazards to be reckoned with. Although ammonia is not strictly toxic. Ammonia vapors cause irritation at low concentration and are life-threatening at high concentration. This is because of ammonia’s extraordinary affinity for water, including water in human flesh and organs. Ammonia, however, is lighter than air and rapidly dissipates in open spaces, or can be controlled with water. Conventional jet fuel can contain carcinogenic components (fine carbon soot particles if incompletely burned) in their vapors, but ammonia is not carcinogenic.

When compared to conventional jet fuel, ammonia has higher ignition energy, higher flashpoint, and a narrower explosive range when mixed with air. Explosion and fire would be less likely with a ruptured ammonia tank than with gasoline or ethanol.

For ammonia to be widely used as a transportation fuel, design standards for on-board ammonia fuel tanks must be established as well as procedures for ammonia transfer from storage to vehicle tanks.

The best features of ammonia are those it shares with hydrogen. It can be used both in internal combustion engines and in fuel cells, produces no greenhouse gasses on combustion, and can be produced from a wide variety of fossil and renewable resources.

Most of the world’s ammonia is synthesized using Haber–Bosch, a century-old process that is fast and fairly efficient. But the factories emit vast amounts of carbon dioxide (CO2). The Haber-Bosch process requires a source of hydrogen gas, which is currently stripped away from natural gas or coal in a reaction using pressurized, super-heated steam. Carbon dioxide (CO2) is left behind, accounting for about half the emissions from the overall process. The second feedstock, N2, is easily separated from air, which is 78% nitrogen. But generating the pressure needed to meld hydrogen and nitrogen in the reactors consumes more fossil fuels, which means more CO2. The emissions add up: Ammonia production consumes about 2% of the world’s energy and generates 1% of its CO2.

Instead of stripping Hydrogen away from natural gas or coal, Hydrogen can also be produced by the electrolytic splitting of water using any source of electricity, including hydropower, wind and solar cell power, or nuclear power. The renewable energy-powered hydrogen source cuts total CO2 emissions from the process roughly in half.

The Haber–Bosch-process has an energy efficiency of around 60%, assuming the hydrogen is produced via steam reforming from fossil fuels. Using water electrolysis instead as a sustainable production path, the process is considerably less efficient (38.5%).

The catalytic processes, such as Haber–Bosch and Fischer–Tropsch, are highly stationary processes with low tolerance to variations. Thus, a direct combination with a fluctuating energy supply (inherent to wind power and photovoltaics) is impossible. This means that hydrogen would need to be stored in excess to be available at a constant rate. Additionally, the necessary compression or liquefaction is energy intensive and requires respective storage facilities. Thirdly, the described catalytic processes require high-temperature, high-pressure reactors, which have high capital costs. Economic operation of thermochemical processes thus requires large production scales, which stand against decentralized facilities.

The most promising substitute fuel for current aircraft design still is synthetic kerosene due to its very similar properties to that of jet fuel. For Ammonia, several challenging issues have to be solved.