Getting to Zero emissions: The SAF challenge 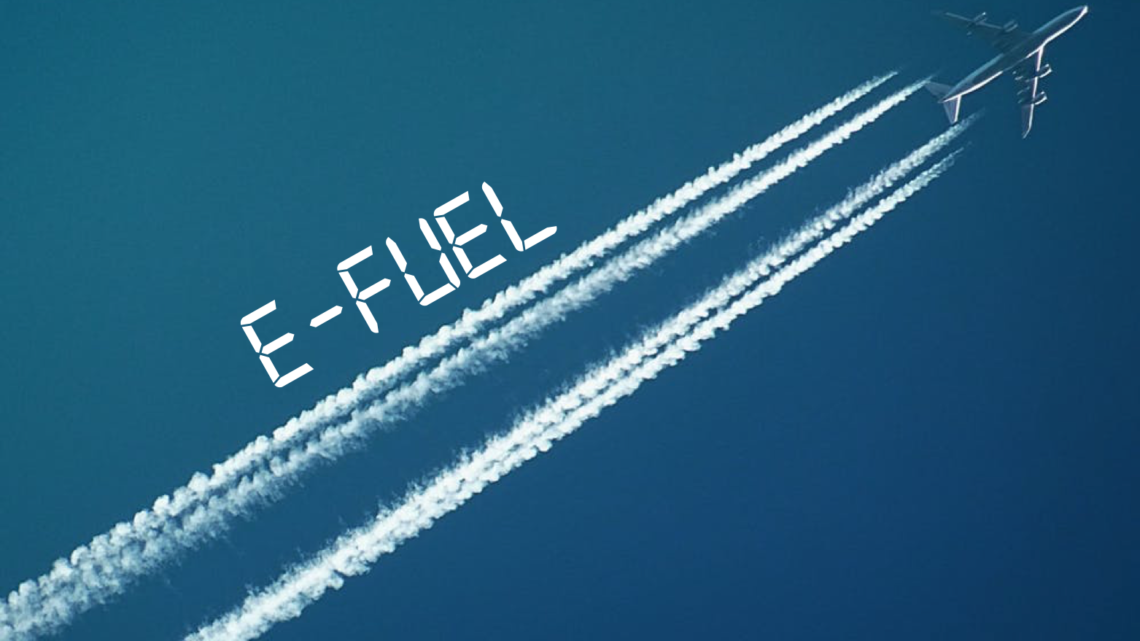 Airports are under great political and public pressure to limit their environmental footprint and undertake net-zero growth in order to accommodate growing demand.

Just recently Court of Appeal judges paused Heathrow expansion on climate change grounds. Judges concluded the government’s decision to permit the expansion of the Heathrow airport was illegal because ministers did not take into account the impact on the country’s commitment to tackle global warming.

in Europe, public concern about carbon emissions from aviation is endangering the sector’s social license to operate. Aviation is a critical sector that connects travellers and businesses across the globe, fosters economic growth and supports humanitarian missions. It is therefore important for the sector, in collaboration with all those who depend on it, to continue to do all it can to lead the way towards sustainable operations.

Over the last decade, the aviation sector has made significant progress in improving fuel efficiency by improving aircraft design and engines and making aircraft operations more efficient. But will it be enough?

Fleet renewal, requiring more efficient and lighter aircraft, is an effective step towards reducing emissions. However, due to the long depreciation periods of aircraft, it is costly for airlines to reduce emissions in the short term on the basis of fleet renewal.

Electric flying is one of the initiatives currently under development. Although fully electrically powered aircraft are a very real possibility for smaller business aircraft on short routes in the medium term, it is probably not an option for larger aircraft or long distances due to the low energy density of current battery technology. On the other hand, a hybrid propulsion system, where electric motors can be used as auxiliary power at take-off, would provide additional thrust, but would not have the desired and necessary impact on medium- and long-haul flights.

Reducing the number of short intra-EU flights is another possibility to reduce emissions by introducing innovative ground transportation systems such as the ZELEROSHyperloop and the expansion of the EU High Speed Rail Network. However, this will not be expected in the short term. And ‘flight shame’ alone will not do the trick. Off course, there will be debates on the current ticket price and we will have to pay more to fly in the direct future. It is acknowledged that the carbon price is expected to rise tenfold. The price of all the offsetting that the industry will rely on will be passed on to consumers through higher fares, constraining demand.

Recently, the International Civil Aviation Organisation (ICAO) reached an important milestone with the introduction of CORSIA. This is a globally agreed market-based measure to achieve carbon neutral growth for international aviation from 2020 with the Carbon Compensation and Reduction System for International Aviation (CORSIA). Under CORSIA, airlines will be required to buy carbon offsets to compensate for their growth in CO2 emissions. Carbon offsets are generated through the implementation of carbon reduction projects in developing countries, with many of them linked to co-benefits, delivering health, economic and biodiversity benefits to communities.

When an Airline company buys offsets, it helps fund projects elsewhere to help reduce greenhouse gas emissions, such as planting trees in Indonesia or installing giant machines inside California dairies that suck up the methane produced by burping and farting cows and turn it into a usable biofuel. What offsets don’t do is force their buyer, in this case the Airline company to change any of its operations!

Despite efforts to maximize energy efficiency, airports will always be energy-intensive users. That is why airports need to move toward energy that has a low, and ultimately zero, carbon content. The rapid growth and the shrinking cost of renewable energy generation is enabling more and more organisations to switch to certified zero carbon electricity.

The challenge is the large scale and complexity of the operations at many of today’s airports. Airport operators typically have direct control over a mere 10% of an airport’s total carbon emissions, with the multitude of airlines, caterers, cargo handlers, retailers and so on, responsible for the large majority. Consequently, effective engagement and partnership will be critical to deliver the low-carbon airports of the future.

However successful airports are in lessening the impact of their buildings, infrastructure and vehicles, the fact remains that aviation’s carbon footprint is dominated by the emissions associated with jet fuel.

Throughout the industry it is acknowledged that the only way to achieve the desired CO2 emissions reduction (net-zero growth) in the medium term is to use alternatives to the current fossil jet fuel.

Sustainable Aviation Fuel (SAF)is the most realistic option for CO2 emissions reduction today. Nevertheless, eight years after their introduction on commercial flights, they still account for less than 0.1% of total aviation fuel consumption.

SAF will only be able to compete effectively with fossil fuels if they can be produced in sufficient quantities. The main key enablers for the deployment of e-fuels on a commercial scale are:

Currently, all synthetic kerosene’s are only very poorly available, mainly because it is significantly more expensive than conventional kerosene. Production is not getting under way and too few economies of scale can be achieved. In addition, PTL kerosene is only at the beginning of its technical development. The amount of bio-kerosene is also limited by the availability of sufficient biomass and by competitive demand for this biomass from other sectors. EU legislation and self-regulation ensure that no food is used for bio-kerosene, and aim to avoid indirect damage to food production, biodiversity and vulnerable nature. Large areas are needed for both renewable electricity production and biomass production. This leads to difficult balancing processes with other claims on these surfaces

Production and scale up PTL kerosene

Production and scale up will require a new form of cooperation between research institutes, suppliers of raw materials, airlines, airport operators, aircraft manufacturers, energy companies, financial institutions, government, social groups and customers. Currently the research and development is fragmented and there’s little cooperation between the different PTL projects. This proves to be ineffective and inefficient. To come to a productive cooperation between stakeholders there are several options that can help to drive the process:

By having the various commercial and industrial companies, scientific institutions and researchers within the EU work together, the process of R&D, prototyping and scale up can be greatly accelerated. This requires a partnership in which all current players in the field can work together and for which substantial financial resources need to be earmarked. Like the ITAKA project (Initiative Towards sustainable Kerosene for Aviation) and Hydrogen Europe.

For instance, Hydrogen Europe Research is the research grouping of the Fuel Cells and Hydrogen Joint Undertaking, a unique public private partnership supporting research, technological development and demonstration (RTD) activities in fuel cell and hydrogen energy technologies in Europe. Gathering over 70 research institutions (universities and research centres), they support and promote research interests in the FCH JU and create a framework for cooperation of science and industry in Europe. On May 6th 2014, the Council of the European Union formally agreed to continue the Fuel Cells and Hydrogen Joint Technology Initiative under the EU Horizon 2020 Framework Program. The programme (2014-20) has a total budget of €1.33 billion provided on a matched basis between the EU represented by the European Commission, the European Industry and Research.

Funding of the initiative: multiple options

The Dutch government should encourage and facilitate this new EU wide initiative , for example in its policy on the introduction of the air passenger tax. For example, the government could earmark part of the income from this air passenger tax for aviation-related SAF research and development.

A large EU-wide partnership could also qualify for a much larger EU grant. Now the individual small local projects receive relatively low subsidies and it is also much more difficult to organise external funding.

One of the major challenges is to reach consensus among stakeholders on who will bear the costs of making the initial investment for the research, development and scale up of synthetic kerosene. If a large number of company’s dependent on air travel were to join forces, their collective demand for carbon neutral travel could catalyse the development and scaling up of SAF production. For example, the annual CO2 offset budget of large multinationals such as BP, Uniper, Tennet, EDF, Anheuser-Busch/InBev, Unilever, Vitol, Shell,Siemens, ING, Heineken, Philips, Aegon, Ahold, DSM, together with those of the large companies in the travel industry such as TUI, BCD Travel, Corendon, Sunweb, D-rt Group, Otravo and Booking.com could finance research and development and scale up production of PTL. In essence, this would provide in-sector offsets versus out-of-sector offsets such as tree planting in Africa, and still the participating organizations earn the relevant carbon credits. This principle is not new. There are currently several programmes for redirecting such climate investments, but there is now a real need to form a larger coalition of industry players who want to demonstrate their commitment to climate change and ensure that not only their staff can continue to fly at relatively low cost, but that society as a whole can benefit from it.

Setting up an investment fund for the PTL initiative

Such corporate financing could, of course, also be done on the basis of a new type of investment fund, like the Oil and Gas Climate Initiative. Co-investment could reduce the high risks associated with research and development of new synthetic kerosene plants and refineries and related infrastructure. By working with so-called “mandatory off-take agreements”, synthetic kerosene will actually be used and this will lead to more confidence in the market. The more installations are built, the cheaper the production process and the fuel product will ultimately be. As shown in the case of solar energy, this would be an important step that increases the prospect of achieving price parity with conventional fuel and achieving a full energy transition of the industry in the longer term.

Financial institutions could also play a direct role, especially banks that have already taken active steps towards a sustainable business model such as Triodos Bank, ASN Bank. More recently, stakeholders in the shipping sector launched the Poseidon Principles, in which eleven major banks are committed to promoting the transition to a low-carbon shipping sector. A similar approach in the aviation industry could lead to additional investment incentives and favourable financing conditions for Airlines and Airports that are committed to the gradual introduction of SAF.

There are also opportunities for supply-driven stimulation. One of the possibilities is that airport operators, in collaboration with their carriers, can differentiate airport charges and thus build in an incentive to use SAF. Airlines that make use of SAF will receive lower airport charges. For an Airport, this is important because they are under enormous pressure to achieve net- zero growth. The beauty of drop-in SAF- using the existing conventional fuel infrastructure, pipeline, and storage and hydrant system –  is that airports can gradually increase the percentage of SAF provided to airlines, with the percentage increasing slowly as the global supply increases.