Getting to Zero emissions and Zero waste: The challenges with nitrogen oxides 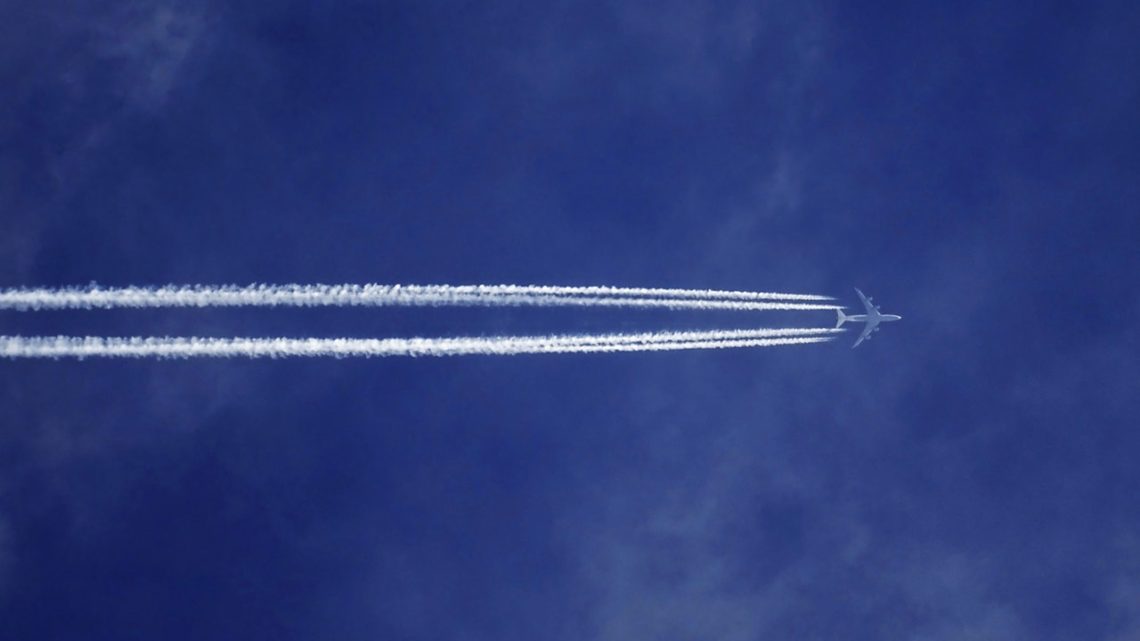 Nitrogen oxides have a far stronger impact upon climate change than Carbon Oxides and are produced in small quantities from aircraft engines.

Aircraft, cars, trucks, and other vehicles operating at the airport create emissions as a result of the combustion of fuel. Aircraft engines produce carbon dioxide (CO2), which comprises about 70% of the exhaust and water vapor (H2O), which comprises about 30%. Less than 1% of the exhaust is composed of pollutants like nitrogen oxides (NOx), oxides of sulfur (SOx), carbon monoxide (CO), partially combusted or unburned hydrocarbons (HC), particulate matter (PM), and other trace compounds.

Generally, about 10 percent of aircraft pollutant emissions are emitted close to the surface of the earth (less than 3000 feet above ground level). The remaining 90 percent of aircraft emissions are emitted at altitudes above 3000 feet. The pollutants CO and HCs are exceptions to this rule as they are produced when aircraft engines are operating at their lowest combustion efficiency (while wheels are on the ground), which makes their split about 30 percent below 3000 feet, and 70 percent above 3000 feet.

Aircraft are not the only source of aviation emissions. Airport access and ground support vehicles typically burn fossil fuels and produce similar emissions. This includes traffic to and from the airport, shuttle buses and vans serving passengers, and ground support equipment (GSE) that services aircraft. Other common emissions sources at the airport include auxiliary power units (APU) providing electricity and air conditioning to aircraft parked at airport terminal gates, stationary airport power sources, and construction equipment operating on the airport.

Many of the pollutants that form in the combustion process transform when they are emitted to the atmosphere. At the aircraft engine exit, hot combustion gases mix with ambient air to quickly cool the gas stream. Some gases, like heavy hydrocarbons, can condense under these conditions to form aerosol particles. In the exhaust plume, as emissions continue to cool, some molecules undergo chemical reactions producing other molecules that can also condense into particles. Most of the aviation-related PM that reaches airport communities are particle emissions that are released during ground operations and landing and take off. Local communities are less affected by PM emissions from cruise operations.

What is the overall picture of the development of NOx emissions from the aviation sector and what are the implications for nitrogen deposition?

In relative terms, emissions in the aviation sector are decreasing. Since the start of the jet age engine designers have worked to reduce NOX emissions and the result is ever reducing levels of nitrogen oxide emissions. For example, between 1997 and 2003, NOX emissions from jet engines fell by over 40%. However, emissions are increasing in absolute terms due to the increase in volume. This means that the growth in air traffic is greater than the reduction in emissions. As a result, the relative share of the aviation sector in total NOx emissions is also increasing, both on a Dutch and a European scale. Nitrogen deposition as a result of emissions below and above 3,000 feet is therefore also increasing. This can be partly mitigated by ambitious efforts from local Airport operators to reduce emissions at airports. But it requires the efforts of the entire aviation sector to achieve a significant reduction.

Airports have already taken a number of measures in recent years and a broad package of measures is being implemented in the coming years: electrifying transport on the airport, ground handling equipment, gate handling and taxiing. On some Airports ground-related activities are already largely electrical. However, in the current situation this only account for a small percentage of the total emissions, which means that no major reduction gains are to be expected.

EU today is focused on transforming the EU’s airspace system. The EU has launched the Single European Skyprogram, which will overhaul the EU’s air traffic control system. Significant effort is going into reducing congestion and delay. The planned improvements through the CDMprogram and the optimisation of routes and procedures around Airports will also increase system reliability. These changes will speed up the reductions in emissions on a per flight basis.

In the LTO cycle, the opportunity to reduce emissions cost-effectively seems to lie mainly in electric taxiing. On average, a single-aisle jet burns more than 240 liters of fuel while taxiing.The use of electric taxiing systems (ETS) could reduce emissions and cost, but the installation of motors required for ETS will increase the overall weight of the aircraft which can result in higher fuel consumption throughout the flight. In order to address this, aircraft manufacturers are developing independent taxiing systems that work without a tug or the main engine. The systems have not seen deployment on a commercial scale and most development efforts are still in the lab but are supported by many carriers around the world. A good example is the Aircraft Towing System (ATS),an innovative system designed to transport aircraft from the runway to the airport gates and back to the runway.

Fleet renewal, requiring more efficient and lighter aircraft, is an effective step towards reducing emissions. However, due to the long depreciation periods of aircraft, it is costly for airlines to reduce emissions in the short term on the basis of fleet renewal.

Emissions from aviation can be significantly reduced if part of the energy supply is replaced by electricity instead of internal combustion engines. As long as fuels (including renewables) are burned, nitrogen oxide will be formed. In addition, the goal of saving fuel leads to higher pressure and temperatures, which increases NOx emissions. However, the introduction of electric or hybrid aircrafts is not seen by the experts as a realistic option for the next ten to fifteen years.

The use of SAF like bio-fuels and synthetic kerosene is a positive step in reducing emissions. Besides its sustainable production, another advantage of synthetic kerosene is that it is cleaner than the kerosene planes use now. It contains no sulphur and no aromatics as a result of which far less soot is released during the combustion process. Nitrous oxides are, however, formed. These are also a source of air pollution but are produced in smaller quantities than is the case for standard kerosene. The Government and/or Airport authorities can stimulate the use of SAF by introducing a bonus malus scheme.

Reducing the number of short intra-EU flights is another possibility to reduce emissions by introducing innovative ground transportation systems such as the ZELEROS Hyperloop and the expansion of the EU High Speed Rail Network.

Influencing emissions from and to airports for commuting traffic, passengers and freight

One of the solutions can be found in relocating the airport operation to the Northsea, fully electrifying transport from and to the airport, constructing a high speed rail connection or hyperloop to Amsterdam, Rotterdam, Brussels, London, Paris, Ruhr area, Frankfurt, Munich, Milan, etc. and introducing the obligatory use of sustainable aviation fuels.